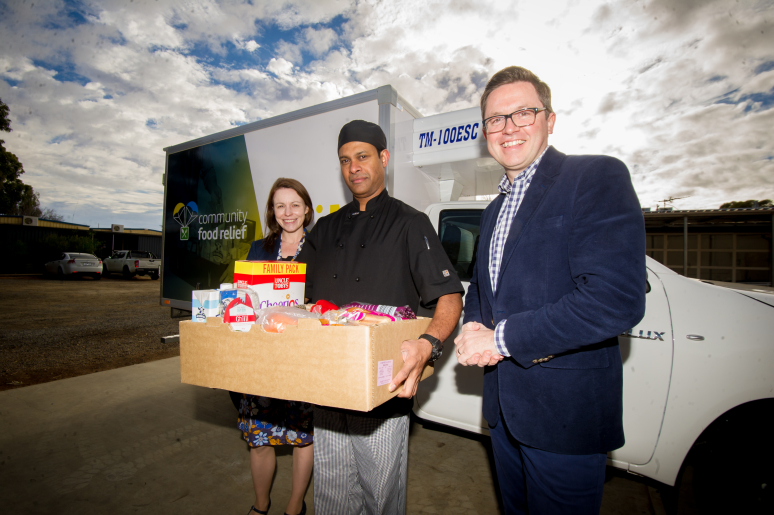 PRE-prepared meals are now on the menu at Sunraysia’s food relief hub after the organisation received a $93,000 funding boost.

Sunraysia Mallee Ethnic Communities Council (SMECC) received the funding in a snap funding round announced by the Victorian Government after the state’s lockdown in June.

Programs manager Joelle Brown said the program, which has been running for three weeks, has been in high demand.

The program will produce 100 meals a day over 14 weeks, and Ms Brown said demand for the service showed “emergency food relief is really needed”.

“Without this service a lot of people would be going hungry,” she said.

The new program comes after SMECC received $647,000 in January to buy new fridges, upgrade its warehouse, update its IT systems and increase its volunteer base.

SMECC food hub co-ordinator Jagandeep Singh said the organisation used the upgraded facilities to create food relief parcels of fresh fruit and vegetables and pantry items, delivered to organisations and clients as far away as Robinvale.

With pre-prepared meals now on the menu, Ms Brown said the service was delivering “much needed support” to those who have struggled during the pandemic.

Chef Mannfred Payen said producing 100 meals a day was “a challenge”, but it felt good to be “doing something to help the community”.

He enjoyed bringing flavours from his homeland of Mauritius to the menu. “It’s a bit of creation every day,” he said.

“Community organisations such as (SMECC) are the great unsung heroes of this pandemic,” Mr Carbines said.

“You have stepped up in a time of real crisis to support some of the most vulnerable members of our community – thank you.”