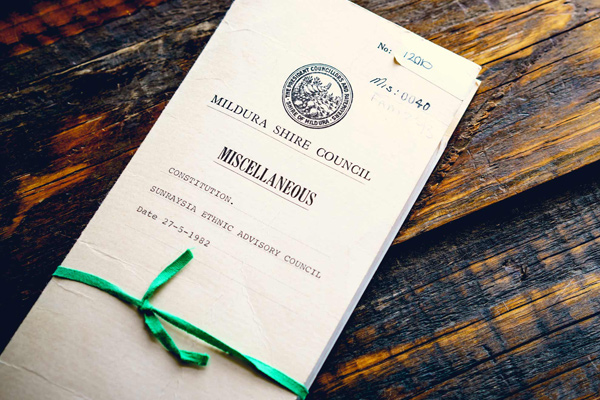 The Sunraysia Mallee Ethnic Communities Council (SMECC) is proud to have reached its 40 year milestone in 2019 and has since continued to grow. The organisation supports culturally and linguistically diverse (CALD) people into the area through education and capacity building. SMECC has been known as the Sunraysia Advisory Group, the Sunraysia Ethnic Communities Council and Northern Mallee Migrant Services before reaching the current title. The initial group, the Sunraysia Advisory Group, was formed on the 29th of March in 1979. This was due to a heavy storm which affected and ruined many of the grape vines in the area. Migrants from mainly Croatia, Greece, Italy and Turkey didn’t know who to turn to for assistance. Through contact with the Mayor and other councilors of the time, the different ethnic groups decided one large cohesive group was needed to be established to help combat the issues that CALD people faced. These groups recognised language as the major barrier along with seeking the help needed for their properties.

Working on their blocks and raising families was a full time job for these CALD community members. Further, finding the time to attend English classes or have the know-how to access mainstream services for help had been very difficult. This situation resulted in the Sunraysia Advisory Group being formed. Forty one years later, SMECC is a thriving organisation which still helps some of the same people who required the initial help 40 years ago. The Board of Management is made up of highly qualified business people from the Sunraysia area as well as members of different cultural groups who are a vital part of the Mildura community. Each cultural group in the Sunraysia area have community leaders and SMECC works closely with these groups to enhance our knowledge and understanding. This not only improves their lives in Australia but is beneficial for our whole community. Working together, lessening cross cultural misunderstandings and referring or providing the appropriate services that are needed.