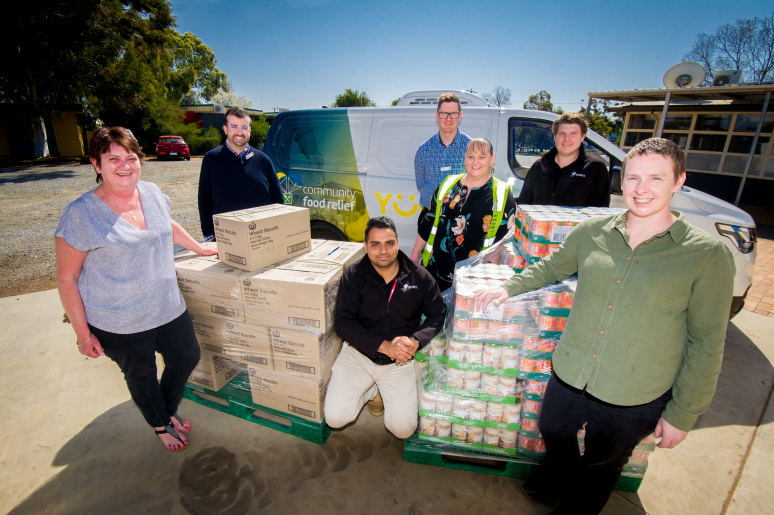 THOSE most in need in the Sunraysia community can rest assured they will be well looked after even during the COVID-19 crisis thanks to one of Mildura’s leading supermarket outlets.

Sunraysia Mallee Ethnic Communities Council (SMECC) this week received six pallets of food products earmarked for its Food Relief Project, which sends goods to the needy across the region.

SMECC interim executive officer Jo Brown said the donation by Mildura’s Woolworths store would ensure that the program would still be able to service those in need even should a further local outbreak occur.

Ms Brown said demand for the service had increased since opening in January this year with about 250 food parcels sent out each week, but up to 360 parcels during the period of positive COVID-19 cases in the region.

“This one-off donation will ensure that, should there be another outbreak, we will have enough stock to support those who need assistance,” Ms Brown said.

She said the food parcels contained a “good variety of basic staples” which ensured needy families did not go hungry.

A number of regular suppliers, including numerous local donors and food producers, were providing a “really important” contribution to the program, Ms Brown said.

She said the majority of those seeking assistance were experiencing financial stress and were genuinely in need of support.