Cooking up a solution to meet meal demand 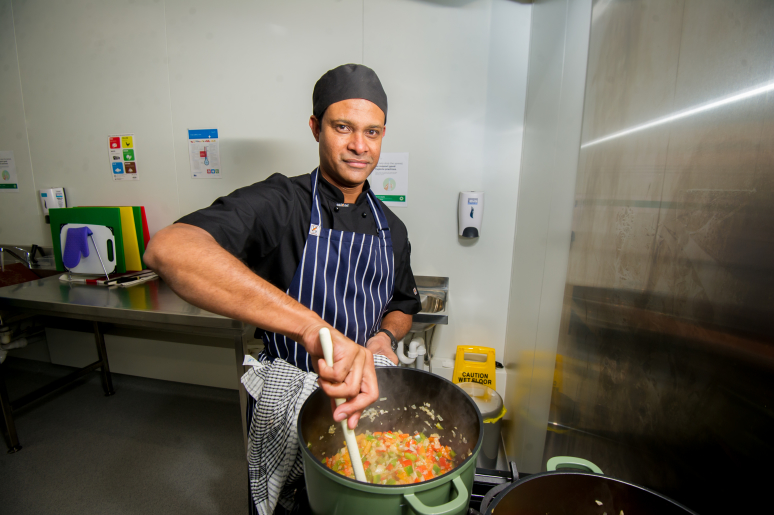 A SUNRAYSIA food relief service has launched a crowd-funding campaign to urgently raise money to help improve the quality of meals, saying more and more families are reaching out for help.

SMECC chief executive Andrew Kilroy said a combination oven would increase threefold the output of the program, which now provides 500 cooked meals to families in Mildura, Robinvale, Ouyen and Nangiloc.

But Mr Kilroy said program chef Mannfred Payen and volunteers hoped to prepare rice, and bake and roast food in the new 10-tray oven, doubling the dishes the service could provide.

“When you’re down on your luck, you should still feel that you have some dignity,” he said, when describing the positive impact of an improved menu.

The current oven, which SMECC acquired in December, broke down within weeks of installation, according to Mr Kilroy, forcing Mr Payen to stick to cooking meals in large pots.

He said although SMECC could apply for funding from government, it was a “slow process” and said recent increases in demand required a more urgent solution.

Mr Kilroy said COVID-19 was still impacting families and recent cost-of-living pressures such as fuel increases would exacerbate food insecurity in the region.

The Mallee FoodHub received $66,800 in the fourth round of Victorian Government funding in January.